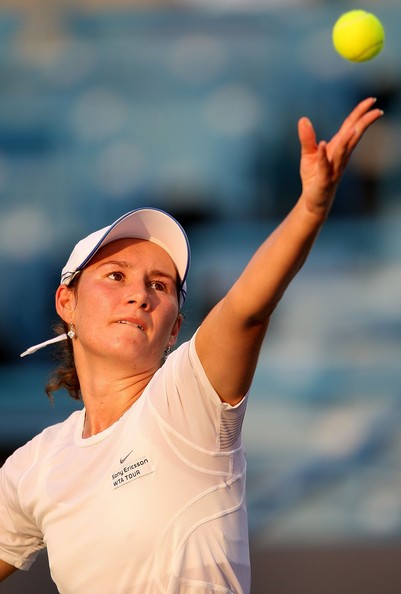 Anda Perianu is the director of tennis and facility manager at Reis Tennis Center. A superb tennis player who counts Martina Navratilova as one of her coaches, Anda held the NCAA number-three U.S. women’s singles ranking in college and was two-time Big Twelve Player of the Year.

As assistant women’s tennis director at Baylor University, Anda helped the team achieve its first national number-one ranking in the program’s history and coached three members of the team to All-American status. 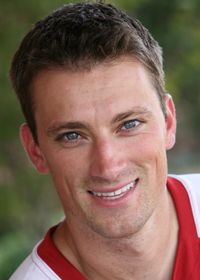 Silviu Tanasoiu comes to the Big Red via the University of Oklahoma, where he has served as an assistant coach with the Sooners’ men’s tennis team for five years and was named the ITA Central Region Assistant Coach of the Year in both 2010 and 2011.

“We feel very fortunate to have attracted such a terrific young coach to lead our intercollegiate tennis program and our men’s team,” said Andy Noel, the Meakem*Smith Director of Athletics and Physical Education. “I believe Silviu possesses the skills, work ethic and intangibles to maintain and ultimately grow our program to new heights.”

With the Sooners, Tanasoiu implemented video analysis, sports psychology, nutrition education and conditioning specific to the sport. He also served as co-director of the OU/Nike summer tennis camps and was the director of the 2011 OU High Performance Camp.

He also has experience as a personal coach for professional Anda Perianu from 2004-2006, helping Perianu compete in 11 Grand Slam events and reach No. 120 in the WTA rankings. Prior to that, Tanasoiu worked for a year and a half as the assistant tennis professional at Cherry Valley Country Club on Long Island.

Tanasoiu earned his bachelor’s degree in pyschology from the University of Oklahoma in 2006. He competed with the Sooners for three seasons, earning first-team All-Big 12 recognition in 2003 and 2004. For those two seasons, he was also an ITA Academic All-American, and a member of Leadership Scholars, Dean’s Honor Roll and President’s Honor Roll.

He started his collegiate career at Louisiana-Monroe. Back in his native Romania, Tanasoiu was the national junior champion in 1998 and 1999, also cracking the top 50 in the European junior rankings in the latter year. 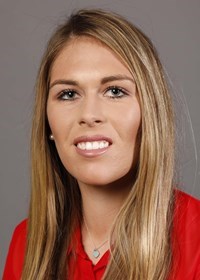 Katie Zordani
Head Coach, Women’s Tennis
kkz5@cornell.edu
A native of Lake Forest, IL, Katie is a graduate of the University of Iowa, where she competed for the women’s tennis team for four years before she completed her master’s degree. As a player, Katie earned a spot on the Academic All-Big 10 team all four years. She posted a 36-49 record in dual singles and 34-40 in dual doubles. She was also presented the team’s Grinder Award (2011-2012), Iron Hawk Award (2013-2014), and Leadership and Citizen Award (2014-2015). 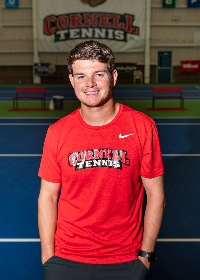 Furman most recently served as manager at Baylor. He previously was an assistant coach at Nebraska, working in all aspects of the program from recruiting to practice planning and execution. While at Duke as an undergraduate, Furman served an administrative internship in the athletics department, working with marketing and fundraising, human resources and development.

The 2021 Big 12 individual champion as a graduate transfer at Baylor, Furman earned a top 50 ITA singles ranking and a top 15 spot in doubles, and made it to the NCAA finals.

Furman graduated from Duke in 2020 with his degree in psychology before earning a Master’s in Business Administration at Baylor in 2022.